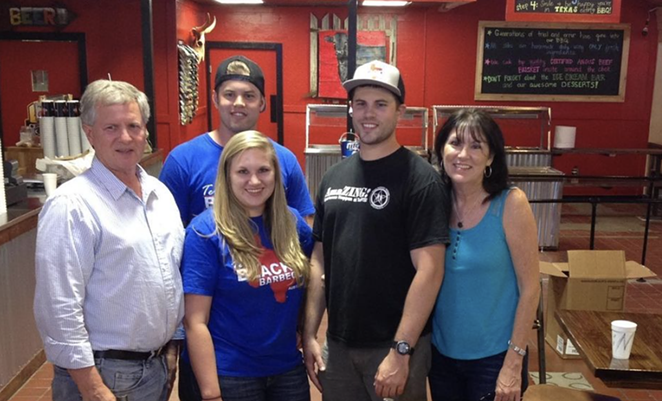 The family behind Terry Black’s barbecues in Austin and Dallas have acquired roughly an urban block of land in San Antonio, although their plans have yet to include a “barbecue joint.” San Antonio Express News reports…

The 1.4-acre vacant lot is located a few blocks north of the thriving Pearl complex, according to the report. The family members said they wanted to develop their own project – a multi-use complex that could include offices, apartments, condominiums or a hotel.

“This is a first-class property,” said Mark Black, who bought the land with his brother Michael, sister Christina and parents Terry and Patty. Express News… “It has been a good investment so far.”

There will also be a restaurant on site, although Black said Express News this may or may not be Terry Black’s whereabouts.

“We want to do something cool there,” he added. “Something fun, something that fits with the architectural style of the area, the history of San Antonio and the Pearl. We want to do our own thing. We really don’t want to turn it over. ”

The family is now deciding what to do with their investment, which the Daily recently estimated at around $ 2 million in Bexar County.

So many restaurants, so little time. Get the latest news about San Antonio restaurants with our Flavor Friday newsletter…