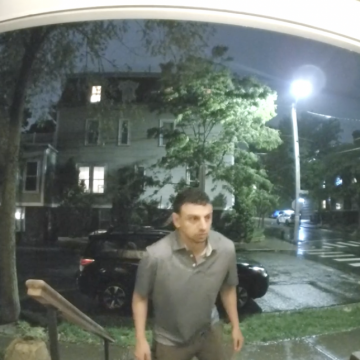 The incident was filmed by a resident Ring’s camera.

Providence police made an arrest in a recent “porch pirate” case in the city.

As GoLocal first reported on Tuesday, A resident of the East Side of Providence sought help in identifying the person who, they said, stole the packages, as well as their rug from the porch.

Police confirmed to GoLocal that Seth Konoff was arrested and charged with one count of theft.

According to his LinkedIn page, 40-year-old Konoff works in real estate.