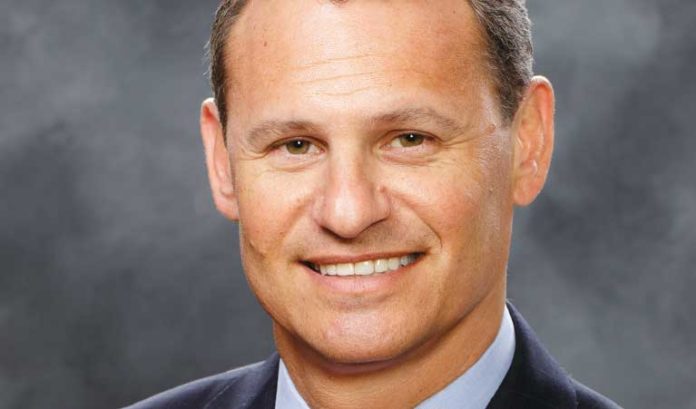 Rob Kossard, Vice Chairman and Head JLLThe northeastern industrial region of Russia does not hold back when discussing the state of industrial real estate in New Jersey and the surrounding area.

“We are at the peak of rents in all major markets – and this is a significant increase in rents compared to last year, and this has been the case in the last few years,” he said. “It’s just great.”

Kosar, discussing the recent release of the JLL Northeast Industrial Outlook report for the second quarter of 2021, said the numbers are the result of an underlying economic principle.

“This is due to an imbalance between supply and demand,” he said. “It’s not that the developers weren’t desperate to provide space. They are. And there are many great development projects throughout the region, and far more than we have ever had before.

The report says JLL records 26.3 million square feet of active needs statewide, up from 25.5 million square feet at the end of the first quarter. This demand is why JLL predicts that 2021 will surpass 2020 as the most successful leasing year in the market in history.

“With class A vacancies at record lows and incredibly strong pre-rents, developers are at the center of attention when it comes to lease negotiations,” the report says. “Therefore, tenants looking for a Class A product must be willing to act quickly and pay high rents to ensure that new construction is available.”

Kossar discussed the report with ROI-NJ. Here’s a small snippet of conversation, edited for simplicity and clarity.

ROI-NJ: The industry was popular for a while, but now it seems even hotter. Agreed?

Rob Cossard: Absolutely. Every transaction that is happening now – whether it is a lease or an investment sale, or a sale of a building plot – is a high point. It got to the point where the procurement staff can’t submit the latest reports to the investment committee and approve the deal because things are peaking.

ROI: Where does the demand come from?

RK: This is happening across all industrial real estate sectors, but is largely driven by changing retail patterns and the increase in retail sales happening online. And then, more importantly, consumers want their products immediately. More and more companies are following suit in terms of the ability to instantly deliver goods to consumers.

ROI: Hot markets are not good for everyone – who is in pain?

RK: This is not the best place if you are a tenant with an approaching low rent. Let’s say you are in Meadowlands and pay $ 6 or $ 7 per foot. Now the price is $ 18-20 for the same space, even if it is a third generation space. If you have a small business, a private business and your profit is low, this is a problem. This may mean that you need to move.

ROI: Who does this help – apart from landlords and developers?

RK: The jobs created by e-commerce are high-paying jobs for workers that haven’t really existed since we had large-scale manufacturing in this area. It’s great for the economy to be able to occupy a significant portion of your workforce and allow them to make a steady income for a living. We’re not talking about a couple of bucks an hour; we’re talking about real work. I think this is very important. And not enough is said about it.

ROI: The industry, of course, has been in vogue for a while. How long can it last? Where are we on the curve? If it was a baseball game, what half would we be in?

RK: We’re in the second inning … the second game of the doubleheader. This sounds like a good quote and quote, but if you peel the onion, you can see very clearly where we are. The first game was e-commerce and order fulfillment, and the big box and infrastructure were the leaders. This game is about speed for the population – delivery of the “last mile”, execution.

ROI: When will it end?

RK: It is hard to say. We are running out of space. A year ago, JLL stated that we were roughly a billion square feet short of the US industrial real estate market to account for e-commerce growth by 2025 alone. The mystery still exists. We have much more demand than supply. In New Jersey, we may need to add 25-30 million square feet over the next five years.

The fundamentals, if you look at them closely, do not indicate a slowdown in this phenomenon.