Japan will provide Iraq with low-interest loans of up to 32.7 billion yen ($ 300 million) to support the country’s plan to modernize one of its refineries, Foreign Minister Toshimitsu Motegi told his Iraqi counterpart Fuad Hussein on Saturday.

Motegi made the promise during an unannounced trip to Baghdad, the first visit to Iraq by a Japanese foreign minister since Taro Aso in August 2006.

In addition, the Japanese Foreign Ministry said that Motegi is scheduled to meet Sunday with Iran’s new President Ebrahim Raisi, an anti-American conservative hardliner who took office this month in Tehran. 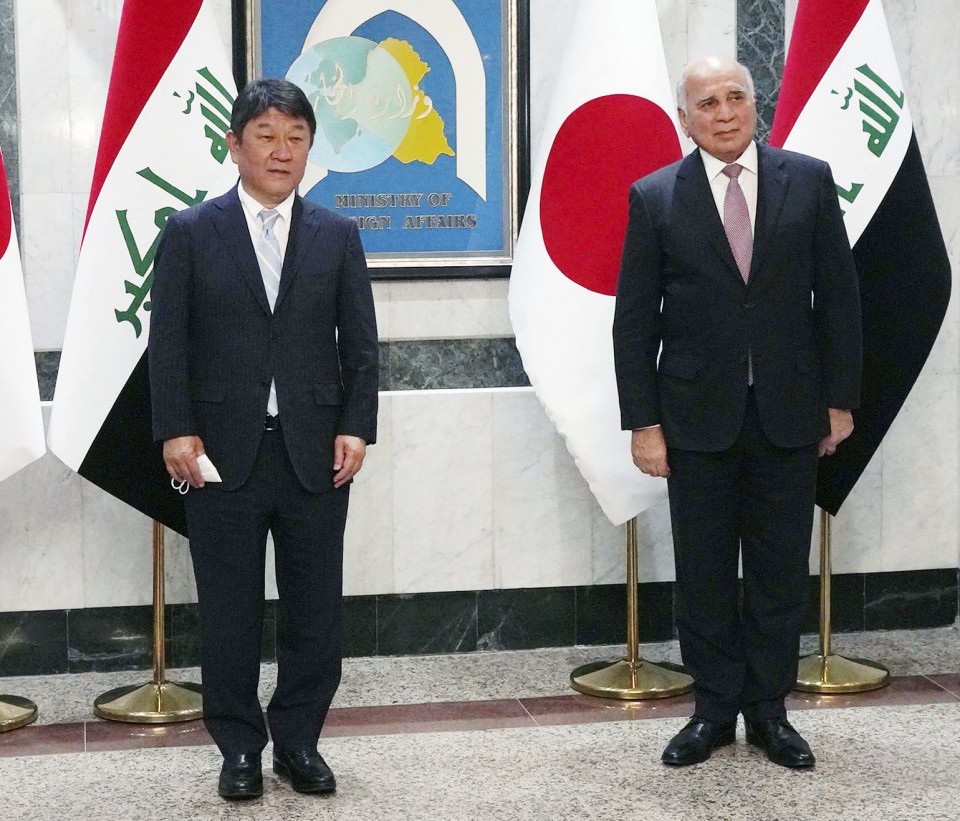 The meeting is taking place at a time when Iran is at an impasse in nuclear negotiations with the United States and Europe. Japan has built friendly relations with Tehran, being an ally of Washington.

In addition to Hussein, Motegi held separate talks in Baghdad with Iraqi President Barham Salih and Prime Minister Mustafa al-Kadhimi, and both sides agreed to intensify cooperation to ensure peace and stability in the country of the Middle East.

The Japanese Foreign Ministry did not announce Motegi’s visit to Iraq, which took place between his trip to Turkey and his planned trip to Iran as part of his Middle East tour, for security reasons.

The itinerary originally published said it would fly from Istanbul directly to Tehran on Saturday morning.

The financial assistance will be used to expand one of Iraq’s major oil refineries in Basrah, in southern Iraq, as part of efforts to rebuild the economy, the ministry said.

Motegi and Hussein also discussed regional issues, including the crisis in Afghanistan, as well as ways to expand business between Japan and Iraq, the ministry said.

Before traveling to Iraq, the Japanese minister visited Egypt, the West Bank to meet with Palestinian leaders, Israel, Jordan and Turkey.

During his visit to Iran, he will also meet with Foreign Minister Mohammad Javad Zarif and Hossein Amir Abdollahyan, a former deputy foreign minister who is to replace Zarif under the Raisi administration.

Raisi has called for the lifting of U.S. sanctions on Iran, which have been tightened since 2018, when President Donald Trump’s administration withdrew from the 2015 nuclear deal with Tehran.

After Iran, Motegi will travel to Qatar before returning home on Tuesday.