PHUKET: A Chinese man was arrested on the island of Ko Keo for illegal activities in providing loans with high interest rates, which attracted more than 20,000 debtors.

Speaking at a press conference at the headquarters of the Immigration Bureau in Bangkok yesterday (Aug 19), Immigration Bureau Commissioner Lieutenant General Sompong Chingduang confirmed that the 27-year-old Chinese citizen, whom he only named “Mr. Liau”, has been detained. although he did not provide details of the time or date of his arrest.

Liau was wanted for running a debt collection business without permission, in particular, the Plutus Cat Pro app, possession of personal data on credit and debit cards of people could be used to their detriment, and work in the Kingdom without a work permit.

The arrest came after officers from the Immigration Bureau’s Center for Combating Migrants and Illegal Immigration investigated a credit network in Bangkok and discovered that some members of the network had moved to Phuket.

“The network contacted its debtors who received the loan through the app,” Lt. Gen. Sompong said. “The police continued their investigation until it became clear that they had an office on Koh Keo. We then submitted a request to the Phuket Provincial Court for a search warrant. 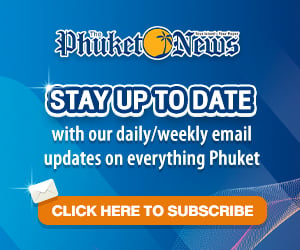 “The officers went to the premises where they found Liau, who was supported by 19 officers. The officers seized a total of 43 items as evidence, including lists of debtors, SIM cards, mobile phones and laptops, ”added Lieutenant General Sompong.

“After checking Liav’s personal laptop, the officers found out more than 20,000 names of his debtors.

“After interrogation, the officers confirmed to the officers that they were ordered to call 10-15 debtors a day. The staff confirmed that they received a salary of between 10,000 and 15,000 baht per month, with an additional commission of 8 baht per debtor. They added that the debtors had to transfer their money to Liaw through employees’ bank accounts.

Lieutenant General Sompong confirmed that Liau was taken to the Phuket police station, where he was charged with the previously listed crimes.