One of North America’s largest commercial real estate firms with a history in Dallas has opened a new office here.

Toronto-based Cadillac Fairview Corp is owned by the Ontario Teachers’ Pension Plan and operates over $ 36 billion in real estate in the Americas and the United Kingdom.

A real estate titan from Canada has just acquired a 50% stake in one of the largest real estate development companies in North Texas, KDC.

And now Cadillac Fairview is opening an office in the Uptown Dallas area.

“We can confirm that Cadillac Fairview rented premises at 2000 McKinney Avenue in Dallas,” a firm spokesman said in an email. “As part of our growth strategy, we are creating a dedicated US real estate team based in Dallas.

“They will be focused on operating and expanding our presence in the region, as evidenced by our ongoing investment in the Lincoln Property Co. residential platform, as well as our recent acquisition of a 50% stake in KDC.”

Four decades ago, Cadillac Fairview had a huge presence in Dallas, where it was headquartered in the United States.

The company has built three high-rise buildings with offices in downtown Dallas and other projects in the suburbs.

The developer has long since sold the property in the area.

But the Cadillac Fairview was an investor in Lincoln Property Co. from Dallas to residential projects in the USA.

And this week, Cadillac Fairview announced a new venture with Dallas-based developer KDC to create a $ 800 million fund to fund new mixed-use projects.

KDC has built huge office townships in North Texas for companies like Toyota, JPMorgan Chase, State Farm Insurance and others. 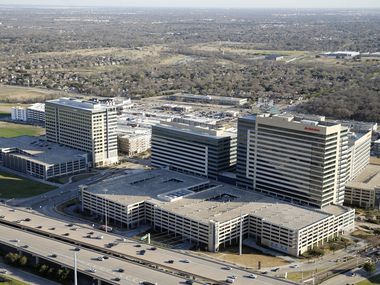 The large mortgage refinancing fees have simply disappeared, which could save borrowers $ 1,500 or more. Is it time to refinance?

Real estate transactions in Bethel Park during the week of August 1, 2021

Politicians should reform bankruptcy instead of forgiving student loans

The large mortgage refinancing fees have simply disappeared, which could save...

Real estate transactions in Bethel Park during the week of August...